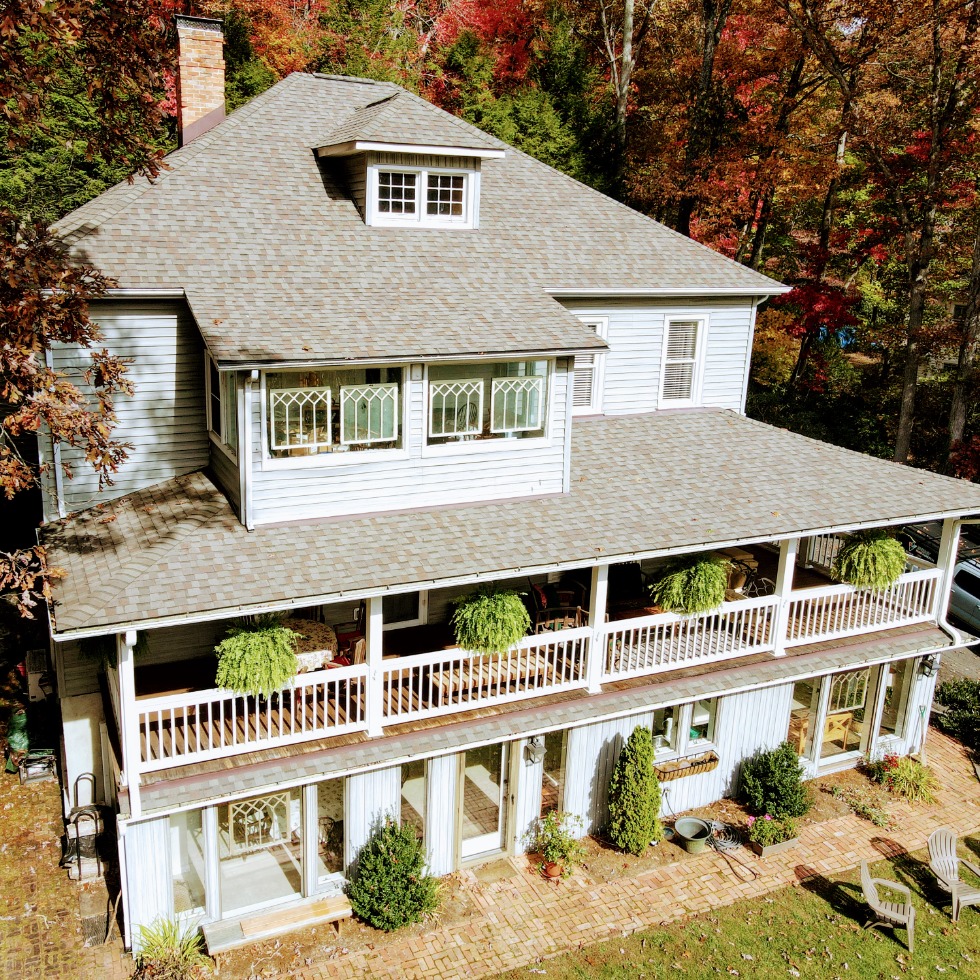 My obsession-turned-profession with all things home-related taught me how to understand an under-cover language. Doing this requires me to look at something more than once in hopes of seeing something different than the time before. In older homes, the truth can often be concealed and sometimes secrets are revealed. In this three-part series, I look forward to sharing some of the stories that Saluda's historic homes have to share, but there is a special twist. These stories are told by the homes themselves rather than the people that live in them, about how and why they were built the way they were.

Ideal land was relatively flat and clear of trees and rocks. This might have been harder to come by than you think. It's easy to take for granted how much of today's flat land came to be through modern earth-moving equipment. Before bulldozers, tractors, and even mules, where did flat land come from? Nature's way of creating its own flat and clear land was through the third necessary element for a homestead: water. Though the earliest settlers predated the existence of main street, land that was both flat and clear with access to water was equally sought after by the railroad. It's hard to ignore the cattails growing along the railroad tracks, the springs that flow behind main street, or the creek that runs under the sidewalk.

A flat, clear site afforded settlers the ability to build a log cabin straight on the ground. While the simplicity of a traditional log home is still idealized to this day, living with an earthen floor in a moist environment had its challenges. Rot, fire, and pests are just some of the reasons that few early log homes remain. Eventually, access to the necessary tools and materials made it possible to get a house off of the ground by building it on piers. This new development helps us recognize some of Saluda's existing historic homes. The advantages of building above the ground instead of on it brought eagerly sought benefits, but also new challenges.

Piers were built primarily out of a combination of three materials: wood (specifically locust), stone, and bricks. When my wife and I purchased our 130-year-old home, the second-story back porch was still supported by a single and impressive locust post. So impressive that it was replaced not because of the locust's structural inadequacy, but because of the moisture-related settlement of a large stone on which the locust was resting. Getting a house off of the ground brought about the obvious advantage of getting further away from pests and moisture. The less obvious advantage was the ability to build on uneven terrain.

The open crawl space allowed for plenty of ventilation, a place to store dry wood, and even a cool place for the dog to rest on a hot day. Before air conditioning, summer ventilation was a priority in order to keep a house cool and dry. During the winter, to avoid the need to burn the amount of fuel it would have required to keep this type of home (basically what we would consider these days to be a barn) comfortable, a door on every room meant you had to heat only one room at a time.

While the way our home was operated and maintained continued to evolve, the improvements would be layered and compounding with the adoption of indoor plumbing and central heating. We'll explore these new developments - and more of what I think makes the homes in Saluda so special - next time in our three-part series.