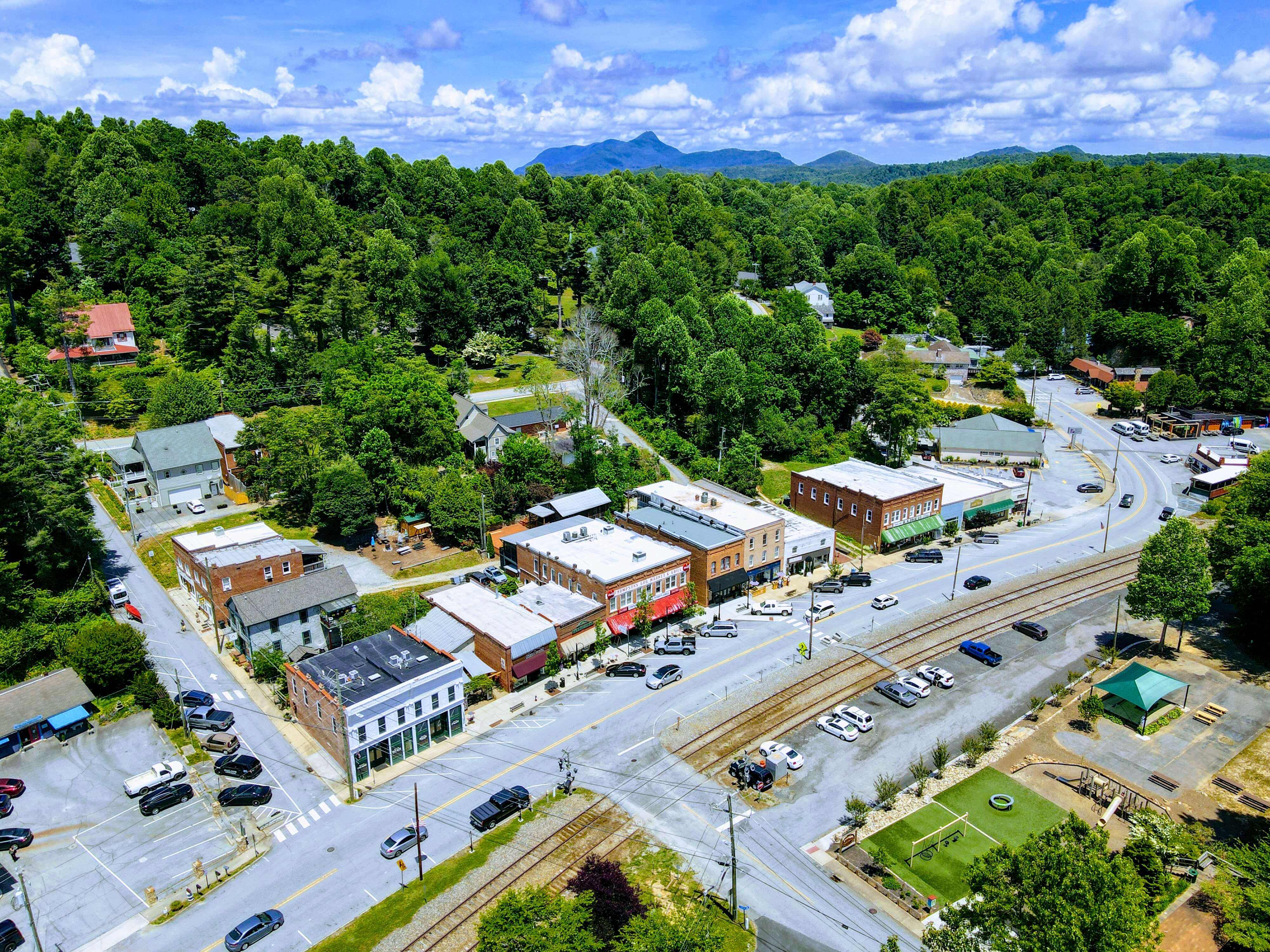 Despite having grown up in Mills River, a pleasant thirty minute drive from Saluda, our family's visits to Saluda were few and far between. It wasn't until my wife and I found ourselves with jobs in opposite directions with Saluda exactly halfway between that we ended up buying our first home here. Though we no longer commute, we can't imagine living elsewhere. We bought a home that would be justification for buying a lifetime's worth of my favorite tools. Chrissie saw the home as an ideal place to reflect her interests and thoughtful taste. As we look forward to this fall as our sixth year in Saluda, with a 14-month-old son and early endeavors into self-employment, there is so much we continue to enjoy about living in Saluda and the fascinating homes and businesses to be inspected here.

Like many of the town's centennial-plus homes, our home was built soon after the completion of the railroad through Saluda. The story of how we live in our homes and the expectation for how well they perform is well told through Saluda's neighborhoods and architecture. A conspicuous observation from the street of these older homes is the frequency of numerous additions that add interest to the rooflines, siding, and roofing materials. With closer inspection of these features, it's exciting to infer the history of these homes and the families that occupied them. More than being able to recognize that these spaces were often once open to the outdoors as screened porches, you can also get an idea of what prompted these spaces to be closed in. For example, as the comfort of air conditioning was increasingly sought after, more time was spent indoors; consequently, these porches were closed in to create more conditioned space.

An aspect of what makes these homes so interesting to inspect is being able to share an appreciation about how the ability to air condition our homes fundamentally changed how families in Saluda designed, built, and improved their homes. With the ability to cool the air in our homes for the first time, we also created conditions for condensation that previously had been limited to what took place inside the refrigerator. With the benefit of what we have learned in recent decades through applied building science, our ability to mitigate unmanaged condensation in historic homes has been realized through improvement in building envelope methods and materials. Moisture issues related to condensation are commonly an ongoing issue for these historic homes that have modern heating and cooling, but lack a modern building envelope. Living in Saluda with the experience, expertise, and tools to accurately diagnose these complicated and sometimes elusive moisture issues makes for a good day's work and having lots of friends to share my share my tools with.